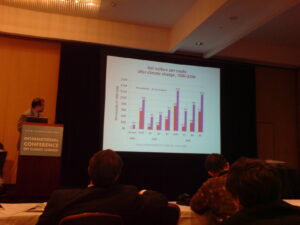 Indur Goklany: All countries, both developed and developing, would, in the abscence of climate change, be better off as far as welfare is concerned. If you include the effects of climate change, net welfare in most countries still increases. Welfare highest in warmest scenarios.
When we hear that global warming will cause additional deaths, let’s not forget that less people on total will die from climate change related causes.
Climate change will not lower world welfare. In fact, the warmer the better. 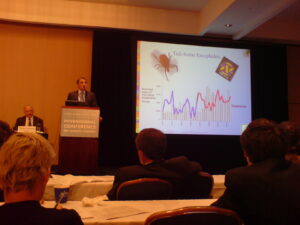 Paul Reiter: When considering if rising global temperatures lead to more diseases, do not forget other ecological and social factors. As the temperature changes, so does the behavior of the vector and the host.
When it was discovered that rising temperatures in the 1990’s were coincident with more vector-borne disease, it was assumed this was an effect of global warming. However, at the same time the Soviet empire fell apart, there was reduced pollution, more unemployment, decline of agriculture, more shrubs, more rodents, more ticks…thus more incidents of encephalitis. Always remember other factors that may have changed at the same time.
Conclusion: If you don’t understand everything, don’t explain anything. 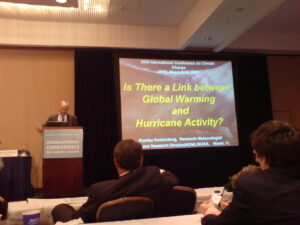 Stanley Goldenberg (hurricane expert): There is no evidence that the number of hurricanes has increased due to global warming. What’s more, there is not one climate model that can predict an El Nino event, not even just a month or two before it occurs.