1. Use a weak test: p < 0.1, not the usual significance. Bit desperate.
2. Use assumptions and apply large adjustments to sea surface data. Don’t use the best dataset for sea-surface temps (ARGO). Ignore the satellites.
3. Create Arctic sea surface temperatures by extending data from land measurements. The ocean there is covered in ice. There aren’t many land measurements to go from. What could possibly go wrong?
4. Don’t mention the eighties or nineties. The fastest recent global warming occurred in the 1980′s and1990′s. Obviously the 2000′s are red-light bad news for the alarm-us camp, because that was when CO2 emissions increased dramatically but the warming slowed. The worst possible thing is to compare those decadal trends to the previous ones.
5. Cherry pick the time frames! Karl et al carefully choose a long trend — all the way back to the 1950s – in order to find a weak long term warming trend that the recent decade can outdo. Back in the 50s and 60s, the world was cooling, so wrapping in and averaging the long cooling and then warming cycle, they can come up with a small warming trend number.
6. To find warming in the sea surface during the pause, it helps to adjust the late 90′s sea surface temps down and the recent measurements up, thus increasing the trend in the last 15 years, but not affecting the trend across the whole period. Check.
7. Ignore contradictions like: why can’t we find a hot spot? If the surface warmed more than we thought, the upper troposphere should have warmed even faster. This means the missing hot spot is more missing than before. 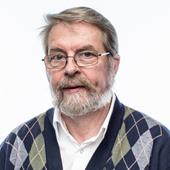