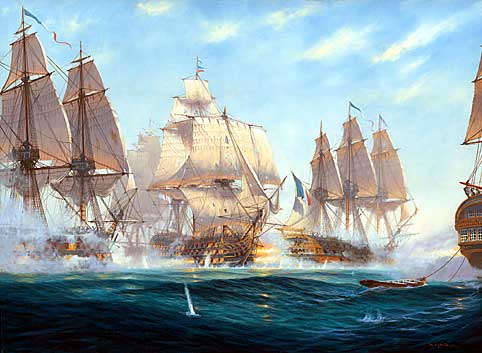 “A group of academics and Met Office scientists has unearthed the records dating from the 1600s and examined more than 6,000 logs, which have provided one of the world’s best sources for long-term weather data.

Their studies have raised questions about modern climate change theories. A paper by Dennis Wheeler, a geographer based at Sunderland University, recounts an increasing number of summer storms over Britain in the late 17th century.

Many scientists believe that storms are caused by global warming, but these were came during the so-called Little Ice Age that affected Europe from about 1600 to 1850.

The records also suggest that Europe saw a spell of rapid warming, similar to that experienced today, during the 1730s that must have been caused naturally.”